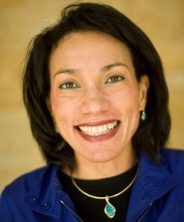 Miriam Rivera is CoFounder and Managing Director of Ulu Ventures, a $60M seed stage venture fund focused on enterprise startups.  Rivera is also the co-founder, former co-president and on the board of Stanford Angels & Entrepreneurs.  Miriam has taught in the Stanford Technology Ventures Program in the School of Engineering on start-up board issues, as a mentor in entrepreneurship at the Stanford GSB, and in the Rock Center on Corporate Governance Venture Capital Director’s College.  She is also a Kauffman Fellow in venture capital.  As a first generation college student and scholarship recipient, Miriam graduated from Stanford University where she earned the AB, AM, and JD/MBA degrees.

Prior to Ulu Ventures, Rivera was Vice President/Deputy General Counsel at Google, Inc.  Every major deal and every dollar of revenue generated by Google from $85M to $10B used an agreement crafted or approved by Rivera. She has served on Stanford University’s Board of Trustees, the Office of Technology Licensing Advisory Board, the Board of Visitors of Stanford Law School, the Dean’s Advisory Council for the Stanford Graduate School of Business, and has been honored with the Stanford Medal, awarded to fewer than 1% of Stanford alumni.  She is currently on Stanford’s Lead Council, is a member of the Stanford Law School Venture Fund and serves on the Investment Committee of Acumen Fund America, an impact investing firm investing in for profit companies serving the needs of low-income Americans.

SA&E is a network designed to help you succeed through educational programs, access to experienced entrepreneurs and investors, and a supportive community for feedback and mentoring.